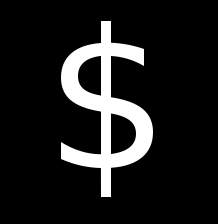 Capitalism works well in the work force, especially for those who choose careers that have an obvious demand like nurses and doctors.

The Bureau of Labor Statistics shows the median annual wage for registered nurses at $66,220 in May 2013. The job outlook at 19% is faster than the average growth rate for all occupational categories. For a profession that requires only an associate degree for entry-level positions, this is a highly-rewarding career.

How much a registered nurse makes is largely determined by education, experience, training, geographical location, and the industry where the job being is offered.

Entry-level RN positions, which require at least an associate’s degree in nursing, pay $45,630 per year or $21.94 per hour. These are positions constituting the lowest 10-percentile of registered nurses. Registered nurses in specialty areas earn a $70,590 annually. Those with much longer specialized training and higher education have corresponding salaries, too. According to Salary.com, neonatal nurses earn around $106,000 annually as of July 2014.

Geographical location definitely matters in terms of RN wages and salaries. California is the top-paying state where registered nurses earn an annual median of $96,980, or $46.62 per hour. Texas, New York, Florida and Pennsylvania follow, in that order.

RNs’ wages and salaries also depend on the industry or job category where the position falls under. Here are some of the industries and job categories where a registered nurse finds a job and the corresponding pay:

3. General medical and surgical hospitals – this is the industry where there is the highest concentration of RNs. It pays an annual mean wage of $70,590, or $33.94 per hour.

Flight nurses earn an annual median of $71,791. RNs in the Insurance and Benefit Funds industry earn as much as $78,600 a year. Even home-based jobs prove lucrative for RNs.

A medical writing job, for instance, provides an annual income of $69,000-$110,000, according to the American Medical Writers Association. Various jobs, both in the clinical and non-clinical settings, offer opportunities for RNs and a wide range of salary potentials.

Equality in the workplace, or rather, the lack of equality in the job market is a topic which everyone must have faced more or less. Most commonly, we see inequality based on gender, ethnicity or class, even age and background; though the gender inequality is most universal.

Gender inequality in the workplace is generally bias against women, generally regarding power and the chain of command. Women are regarded as weak and not equal to their male counterparts, even when they are equally efficient and capable of handling responsibilities.

In any society, women are considered mainly as the homemaker, their main task being taking care of her home and bring up children. However educated women might be, or however career-oriented in her life, in many communities, her career is considered as a secondary goal or an option for her. Even in civilized and developed countries, the notion varies only a little.

Despite having a higher level of education and qualification, they are often given inferior job responsibilities in fear that they would not be able to do it properly.

Women often face problems regarding raise or promotions also. It is generally believed that since the responsibilities of maintaining a family does not solely depend on the woman, as it does on the man of the household in many cases, they do not require as much financial support as the male worker does.

Due to superstition in some cases, some people regard the intellectual of women to be inferior to a man in the same profession. People often regard female doctors, lawyers or engineers not to be as efficient as any man.

In jobs that center around hard labor, or using physical strength rather than the mind, women workers may be passed over repeatedly when the question of promotion or raise arise; especially in case of jobs like a police women or a fire fighter.

In many workplace, women face problems regarding maternity leave. Maternity leave varies with each organization or country, but women often face problems with gaining a suitable length of leave according to their need. Women also have trouble reissuing command over her colleagues after coming back to work. Since she is a mother, some of her colleagues may consider her to be weaker and of a softer nature than before she left.

Women may also face various forms of sexual harassment at her workplace also, both in forms of mild flirtation or admiration and direct invitations. Though some of these advances from fellow male colleagues or supervisors may seem harmless, but they are never-the-less illegal and can be subjected to inquiry and punishment.

Such problems in the workplace could really distract a woman and make her lose concentration in her work. It lowers her productivity in work and becomes very hard to give one’s best to any job at hand. Continuous discrimination could be the source of mental unhappiness in a person. Inappropriate advances from male colleagues may result in distress in a woman’s personal or family life also.

Gender discrimination is punishable by law, and if any woman feels as if she is facing such disparity in her workplace, she may challenge the authorities in her organization to demand a fair inquiry. In other cases, if the female worker belongs to any union, she may seek their help in the matter.

Though gender disparity prevails in many cases, women are gradually being taken seriously in the workplace these days, as it should be.